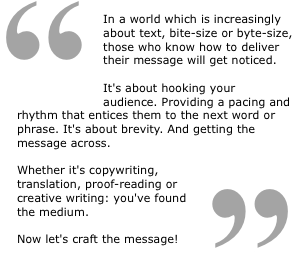 Before I start today’s post, a quick note on my frequency. Last week I announced “one post each day”. As it turns out, that may have been a tad ambitious. With our new baby in the house and a social life that is slowly beginning to resurface a little, I think it’s more realistic to publish one post each day, and to give myself one day off per week, simply to be able to keep up with my current pace of living, and also to give myself an opportunity, once a week, to relax and catch my breath.

Lately, I haven’t been very good at managing my e-mail program’s inbox, and so – as was inevitable – my inbox overflowed today, and soon I was met with text messages and phone calls from friends and family who all saw their e-mails to me bounce.

It was time to clean up my inbox.

Enthusiastically, I set about doing exactly that, only when I sat down at my laptop and keyed in my password on pure finger memory, I didn’t get past the login screen and my password was rejected. Again, then again, and again. Somewhere in the back of my mind I vaguely remembered that my husband recently began practising typing on the Dvorak keyboard: an alternative keyboard that you can engage by adding the keyboard to your preferences in your settings. Surely, I thought, after practising typing in this totally different keyboard layout my husband would not have forgotten to switch back to the normal, US QWERTY keyboard, would he?

But, of course, he would.

Luckily, he keeps a “map” of the Dvorak keyboard next to his own computer. I found it and managed to translate the sequence of keys I needed to type in order to enter my own profile. Relief!

But what is Dvorak? For the complete story and logic behind it, you should check out this Dvorak website. Let me highlight a few things here already.

When the typewriter was first invented by Mr Christopher Latham Sholes, the keys were immediately next to each other, and simply placed in two rows directly above one another and alphabetically arranged from A to Z. One of the problems with the typewriter was the mechanism of the keys, which led to neighbouring keys often getting stuck if struck in quick succession. So Sholes rearranged the keys and placed them further apart in order to prevent this problem. How this led to the QWERTY keyboard is something I’ll leave you to read in the DVZine.

Some thirty years on, an educational psychologist and professor of education at the University of Washington in Seattle, Mr August Dvorak, decided to rethink the keyboard layout, and his research led him to the Dvorak simplified keyboard layout, based on logic and dedicated to fast and accurate typing.

(Mr Dvorak, incidentally, was distantly related to composer Antonin Dvorak, whose 9th Symphony is a work of staggering beauty and intensity.)

It turns out that the current standard keyboard layout, QWERTY, is remarkably conducive to repetitive strain injury, or RSI. The Dvorak keyboard would go a long way to preventing that ill, as typing fingers would no longer have to roam around the keyboard in order to type frequently used letter combinations. Rather, for the most part your fingers can remain on the home row – the central row of keys on the keyboard.

Using Dvorak would make typing faster, more accurate, and less hazardous to your wrists’ and hands’ health. Of course, QWERTY is so ingrained in everyone by now that Dvorak would be like learning a whole new language.

Still, with all the advantages to the Dvorak keyboard layout, that could very well be worth the effort. Perhaps you could motivate yourself by wearing this t-shirt …

And no: I did not type this post in Dvorak.

Error: Twitter did not respond. Please wait a few minutes and refresh this page.